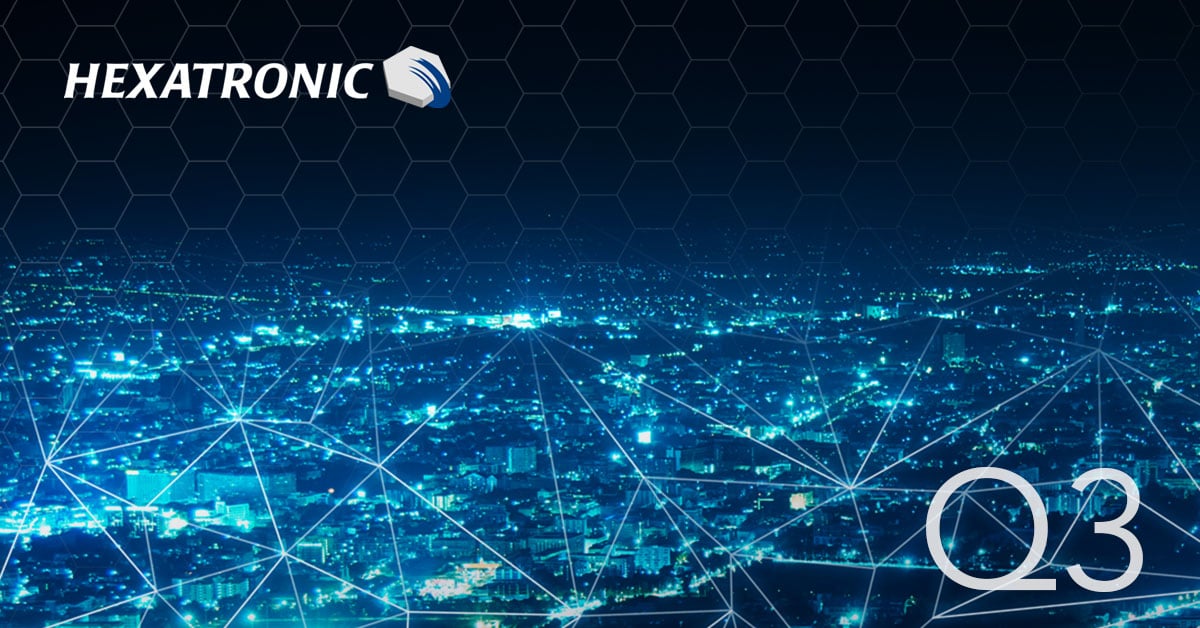 Continued strong international growth and strategic acquisition in Germany
Hexatronic Group’s growth during the quarter was 20%, 32% related to acquisitions and 12% to negative organic growth. The pattern of the previous quarter, with good growth outside of the Nordics and a weak Swedish market, persisted during the third quarter. Growth outside of the Nordics was 135% during the quarter, compared to a 28% decline in the Nordic region. We still believe that the Swedish market for 2018 will be around 20% lower than in 2017. The third quarter last year was very strong in Sweden, which partly explains the negative organic growth.

Outside of Sweden we are continuing to grow, both organically and through acquisitions. Development of our operations in New Zealand remains strong. In the USA our acquisition of Blue Diamond is developing very well, and market forecasts suggest a continued positive trend in the infrastructure market over the next five to six years. Sales of systems are continuing to increase, although from a low level. We still predict stronger system sales in the USA during 2019.

One very positive piece of news during the quarter was that we won a contract worth around MSEK 70 to deliver our FTTH system to a major British operator. This is the first large-scale deal for our FTTH system and a very pleasing development. Deliveries related to this contract increased during the quarter but were lower than planned as our customer started some projects later than estimated.

We are seeing positive effects from British training company PQMS, a strategic acquisition that we made last quarter. This relates both to higher demand for training, as well as the effect on sales and marketing of our FTTH system, which includes training of operators and their installers. We see training of FTTH installers as a robust growth area, or even a must bearing in mind the investments planned in several major European countries. A lack of qualified installers currently presents a bottleneck in several countries.

With the acquisition of Opternus the Group is now establishing a firm foothold on the German FTTH market, which is growing strongly with far-reaching national investment programs. Opternus is a market leader in the sale of fiber optic fusion splicing and measuring instruments. This is a position that creates a good basis for cross-sales of Hexatronic’s broad offering, thanks to Opternus’ well-established relations with many German network owners and installers. We also believe that Opternus’ current business has excellent potential for growth in the years to come.

We enter the fourth quarter with an order book 24% lower than at the same point in 2017, and on a comparable basis. Last year we had an extensive stock of long-term orders from the Swedish market with good notice; with a weaker Swedish market this year, customers are not ordering anything like as far in advance. We expect to see continued strong development outside of the Nordics during the fourth quarter, and a Swedish market that remains weak compared to 2017.