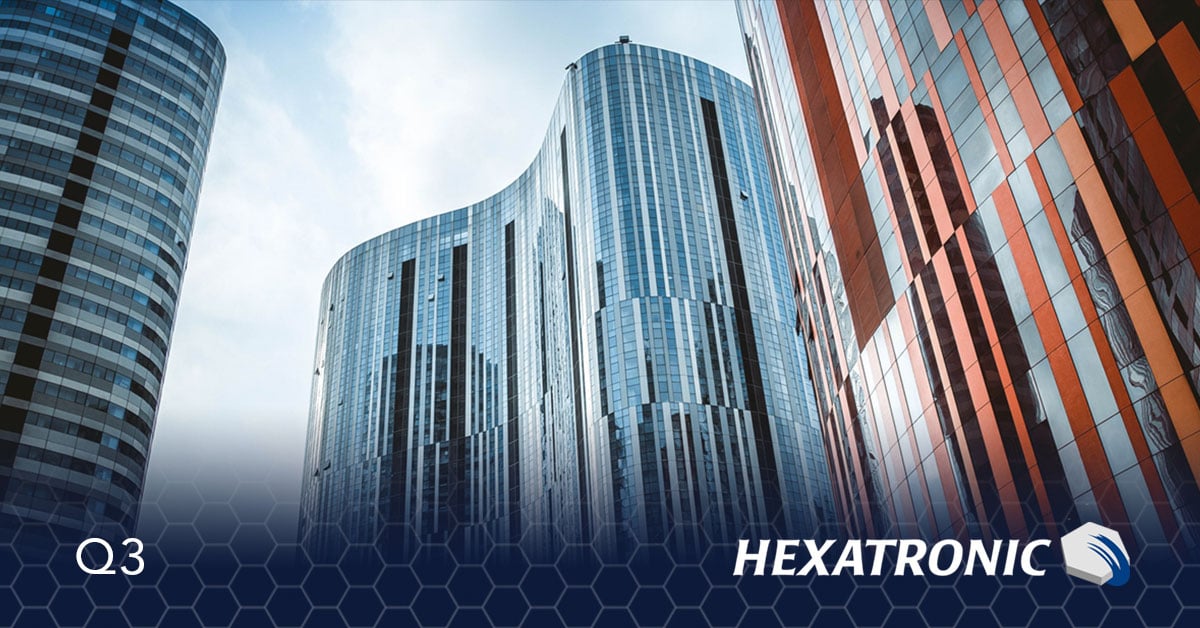 Q3 from Hexatronic shows continued growth in Europe, strong cash flow and increased profitability. 100% organic growth in the UK during the quarter.

Our focus is on winning more business in our strategic growth markets of the UK, Germany and North America, and on defending our market share in Sweden. Continued growth is expected to be driven primarily by our proprietary Matrix system, which enables cost-effective installation of fiber to the home (FTTH).

The UK market is developing well, and several operators have secured financing for fiber network construction during the quarter. The British government has also announced a GBP 5 billion investment in all UK households having fiber available by 2025. We have continued to build our stock in the UK during the quarter, to cope with at least three months of potential problems bringing goods into the country, linked to a possible hard Brexit.

The German market is cautious, and we do not expect investments in fiber networks to increase until the second half of 2020. Despite a cautious market, a fair amount of fiber network is being built and planned. Installation resources represent the main bottleneck in the projects. We continue to build up our local organisation and are actively seeking acquisitions to strengthen our presence in Germany. The pilot projects we informed about in August have now started being delivered.

Our operation in North America continues to develop positively. Duct business is developing strongly, and efforts to establish a second factory there are proceeding according to plan, with production planned to begin at the end of Q1 2020. Sales of systems are also developing positively, although from a low level. We anticipate good growth in system sales during 2020.

Profitability during the quarter amounted to 10% EBITA, an improvement from 9.1% in the corresponding quarter last year. We see good potential to increase profitability thanks to higher capacity utilisation at our production plants.

With reduced exposure to the Swedish FTTH market, combined with the developments we are seeing on other markets in Europe and North America where major investments are imminent, we believe the company is well positioned for continued good organic growth.

We enter the fourth quarter of 2019 with an order book that is 6% higher organically than at the same point last year. The organic growth in the order book is driven by markets outside of Sweden.